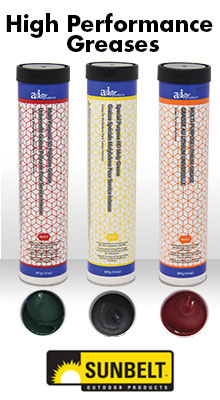 Sunbelt Outdoor Products offers one of the world’s largest inventories of both Aramid & traditional Poly corded Lawn & Garden Belts. Our line of Aramid corded lawn and garden belts have become increasingly popular over the years due to their extreme strength, durability, and value-added pricing.

Aramid constructed belts are specifically used on applications where: high levels of power transmission are required; there are restrictions on the drive width; the installation and take-up allowances are minimal; and the drive is critical. K-Force™ belts are designed to meet length, width, and depth requirements of the original OEM belts.